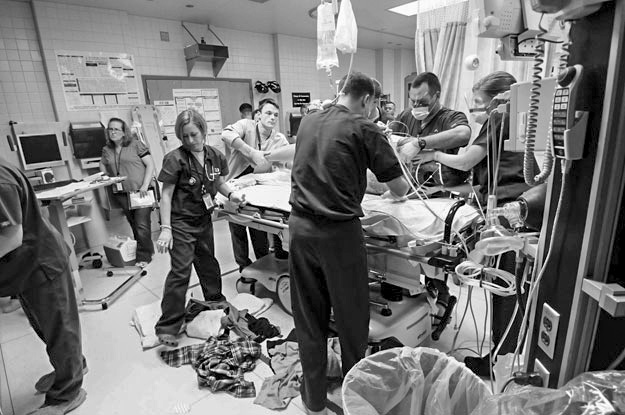 Post Trauma Impedes Vaccinations and May Increase Rates of Morbidity/Mortality in African Americans Exposed to the Coronavirus: Consequence of  the Tuskegee Experiment(1932-1972) for Black Americans

My hairdresser was in Africa but her daughter was available. The previous time I’d gone to the shop for a wash and condition of my natural hair, I’d been extremely cautious, which my hairdresser found a little insulting.n She insisted she didn’t have the virus back in October.  It was soon to November, a birthday  and the holidays were approaching.

Today,  I just really needed a good treatment.  I explained as she was giving my scalp a good rub that I had both doses of the vaccine. She’s  a young Senagalese woman fluent in her African language, French and Atlanta dialect and she responded in horror, “ You didn’t?”  I emphasized that I certainly had and told her how I’d recently  watched  a news story about African countries beginning to receive and give widespread dosages of the vaccine.  But,  I also made it clear to her that I had definitely taken all the cultural and home therapeutic concoctions. Vaccine hesitancy ran deep in my roots, my mother and father only had me vaccinated when they had no choice and I’d never had an antibiotic until I was an adult.

This,  however, was another example of a black person I’d spoken to who had what is being called vaccine hesitancy and it is particularly disturbing to me,  because the virus is deadly.  I’ve communicated with friends and family around the country and the responses to the vaccine are mostly from two schools of thought: Enthusiasm and Suspicion.

Two registered nurses, one a family member, the other a longtime friend, one male, one female both met the idea of the vaccine with some suspicion. The female went on to resolve her fear and suspicion and took the vaccine. The male continues to be adamantly suspicious, and angry that I’d fallen into the trap of trusting the “government, makers, distributors  and creators of the vaccine.”

There are the believers who  by divine faith, healing or protection refuse to trust the need for the vaccine. I too am a believer but I believe that God works through science and the two are not mutually exclusive. I say God made science and the scientists.  I grew up in a church that believes in divine healing and I witnessed the death of our leader who refused to go to the hospital. This taught me early on that doctors medicine had a purpose.

The tragedy of the Tuskegee Experiment in relation to this pandemic is that during those almost forty years,  600 blacks sharecroppers,  from Macon County Alabama ,  were intentionally not offered  treatment. One of the  consequences for blacks today is the fear in trusting government care during this coronavirus pandemic. The irony is that in the Tuskegee  Experiment the treatment was withheld;  today however the treatment for coronavirus is being offered.  Consequently,  although the treatment is being offered, the past trauma has resulted in a deep mistrust.

Tragedy of Tuskegee, consequences with the  coronavirus  and vaccine hesitancy in African Americans

Whether Intellectuals or Illiterates, Black Americans are hesitant around the safety and intent of the corona virus vaccination.

I secured my first vaccine dose in January and by February had my second dose. I spent days, nights and hours in the middle of the night, searching and securing two appointments, one about an hour from my house and the other on 20 minutes away at a national supermarket and pharmacy. I was also instrumental in arranging an appointment for a family member who lives close by and went along for support to the appointment. I was shocked when I saw that we were about the only black folks in a football arena. The others in line were white and by the looks of their expensive loafers and cars in the lot, they  had very little in common and weren’t from SouthWest Atlanta.

I learned there that there were private groups that were alerting members of vaccine news and appointments. And that despite my diligence , many of them that day were there for their second dosage-while my family member was receiving the first. While black folks had vaccine hesitancy, these people were eager to travel long distances to take the dosages that were intended for the community but, we didn’t trust, want or refused to take.

We’ve witnessed Barack and Michelle get vaccinated but, many black folks just still don’t trust it.  Meanwhile, there are the newer variants, reportedly more easily spread and more virulent. So, we introduce Kizzmekia  Shanta Corbet,  a black female and  leading scientist who has been instrumental in the research and  groundbreaking development  of the coronavirus vaccine–but some don’t trust that either. So, a black woman instrumental in a treatment that the white, wealthy and well connected world will benefit from will not influence the vaccine  hesitant in her own community.

As history is recorded, the tragedy of Tuskegee and the irony of the consequences with coronavirus for African Americans and the vaccine hesitancy will be the irony of it all. Given the treatment, many will not trust or take it.